The Cuban playwright made an incalculable contribution to theater in New York. Young Latinas are preparing a musical theater tribute for Aug. 28 and 29 for Off Broadway.

María Irene Fornes lived 70 years in New York, where she put her talent to the test and left an indelible mark. For this work, a tribute to her memory is being prepared by a group of young Latina artists from the All-Latina Theatre Collective, set to run on Aug. 28 and 29.

“María Irene is taken into account in academia, she is in libraries, we read her work, but she is not felt in everyday life,” said Ángela Ramos, the Colombian artist in charge of the artistic production and one of the project’s managers. She recognizes the importance of the Cuban painter and writer who arrived in the United States in 1945, where she lived and left an indelible legacy on the Latino writers made in this country.

Ángela is part of a group of 10 young Latina women, the oldest of whom is 26 years old, who dared to work on the project Flowers for María Irene Fornes: A Tribute to the Matriarch of Latino Playwriting in the U.S.

“She is the matriarch of Latino playwriting in the United States and is responsible for having trained almost all contemporary Latino writers in this country, directly or indirectly,” emphasized Ángela Ramos. “Fornes is never given credit for starting a literary tradition in New York among the Latino community.”

She also recognized that the Cuban artist “redefined what it is to be Latino and to write in this country. She did it from her originality and never stayed exclusively with what affected the Latino community in terms of immigration.”

The production of the All-Latina Theatre Collective is an effort for the vindication of gender and of being Latinas.

“It’s a dream to produce a show that honors our roots, our artists and our people,” said Ángela Ramos.

Rebecca Rivera, a producer and actor in the Latina group, said that Fornes’ plays “take us by the hands and we see ourselves reflected in all that we are: our beauty, our ugliness, our selfishness, our vulnerability, our rage, our indignation, our pain, our denial, our acceptance.”

“She looks at us and says, ‘you don’t have to explain yourself, you’re not crazy, I understand you,’” said Rivera.

She also refers to what they expect from the play when it is on stage: “That women see it and feel reflected, that we see them for all that they are and we understand them, just as María Irene once did too.”

Mariana Barco is the costume designer, and said that the production makes her happy. “Art saves lives and to oversee making this art is something very important. I know that many hearts will feel what I felt, what Maria Irene Fornes made me feel.”

Tiffany Tavares, the musical director, spoke about what the production means.

“I am proud of my heritage and this show has allowed me to have total freedom of expression with the music of my roots. This production highlights Latin excellence,” she said.

The Cuban playwright made an incalculable contribution to theater in New York. Young Latinas are preparing a musical theater tribute for Aug. 28 and 29 for Off Broadway. María Irene Fornes lived 70 years in New York, where she put her talent to the test and left an indelible mark. For this work, a tribute to

This Bob Marley Exhibition Is In London For 10 Weeks Only 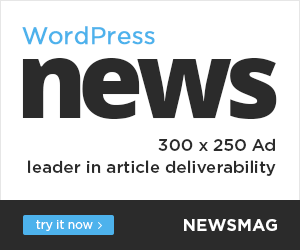 Velvet Classic is your news, entertainment, music fashion website. We provide you with the latest breaking news and videos straight from the entertainment industry.
Contact us: info@velvetclassic.net

McCaul: US ‘not projecting strength’ in Russia-Ukraine standoff